To abolish the malignity of diverse heresies, which of late time are sprung up in most parts of the world, it is but fitting that the power committed to the Church should be awakened, that by the concurring assistance of the imperial strength, both the insolence and impertenence of the heretics, in their false designs, may be crushed, and the truth of catholic simplicity shining forth in the holy Church, may demonstrate her pure and free from the execrableness of their false doctrines. Wherefore we, being supported by the presence and power of our most dear son Frederick, the most illustrious Emperor of the Romans, always Increaser of the Empire, with the common advice and counsel of our brethren, and other Patriarchs, Archbishops, and many princes, who from several parts of the world are met together, do set ourselves against these heretics, who have got different names from the several false doctrines they profess, by the sanction of this present general Decree, and by our apostolical authority, according to the tenor of these presents, we condemn all manner of heresy, by what name soever it may be denominated.

More particularly we declare all Cathari, Paterines, and those who call themselves the Humbled, or Poor of Lyons, Passagines, Josephines, Arnoldists, to lie under a perpetual anathema: and because some under a form of godliness, but denying the power thereof, as the Apostle saith, assume to themselves the authority of preaching, whereas the same Apostle saith, How shall they preach, except they be sent? We therefore conclude under the same sentence of a perpetual anathema all those who either being forbid or not sent, do notwithstanding presume to preach publicly or privately, without any authority received either from the apostolic see, or from the Bishops of their respective dioceses; as likewise all those who are not afraid to hold or teach any opinions concerning the sacrament of the body and blood of our Lord Jesus Christ, baptism, the remission of sins, matrimony, or any other sacraments of the Church, differing from what the holy Church of Rome doth preach and observe; and generally all those who the same Church of Rome, or the several Bishops in their dioceses, with the advice of their Clergy, or the Clergy themselves, in case of a vacancy of the see, with the advice, if need be, of neighboring Bishops, shall judge to be heretics. And we likewise declare all entertainers and defenders of the said heretics, and those that have showed any favor, or given countenance to them, thereby strengthening them in their heresy, whether they be called Comforted, Bellowers, or Perfect, or with whatsoever superstitious names they disguise themselves, to be liable to the same sentence.

And though it sometimes happens, that the severity of ecclesiastical discipline, necessary to the coercion of sin, is condemned by those who do not understand the virtue of it, we notwithstanding by these presents decree, that whosoever shall be notoriously convicted of these errors, if a Clergyman, or one that endeavors to conceal himself under any religious order, he shall be immediately deprived of all prerogative of the Church orders, and so being divested of all office and benefice, be delivered up to the secular power, to be punished according to demerit, unless, immediately upon his being detected, he voluntarily returns to the truth of the Catholic faith, and submits publicly to abjure his errors, at the discretion of the Bishop of thediocese, and to make suitable satisfaction. And as for a layman who shall be found guilty, either publicly or privately, of any of the aforesaid crimes, unless by abjuring his heresy, and making satisfaction, he immediately returns to the orthodox faith; we decree him to be left to the sentence of the secular judge, to receive condign punishment, according to the quality of his offense. And as for those who are taken notice of by the Church, as suspected of heresy, except at the Bishop s command they give full evidence of their innocence, according to the degree of suspicion against them, and quality of their persons, they shall all be liable to the same sentence. But those who after having abjured their errors, or cleared themselves upon examination, to their Bishop, shall be found to have relapsed into their abjured heresy; we decree, that without any further hearing they be forthwith delivered up to the secular power, and their goods confiscated to the use of the Church.

And we further decree, that this excommunication, in which our will is, that all heretics be included, be by all Patriarchs, Archbishops, and Bishops, renewed and repeated in all the chief festivals, and on any public solemnity, or upon any other occasion, to the glory of God, and the putting a stop to all heretical pravity; ordering by our apostolical authority, that if any Bishop be found wanting or slow herein, he be suspended for three years from his episcopal dignity and ad ministration. Furthermore, with the counsel and advice of Bishops, and intimation of the Emperor and Princes of the empire, we do add, that every Archbishop or Bishop, either in his own person, or by his Archdeacon, or by other honest and fit persons, shall once or twice in the year visit the parish in which it is reported that heretics dwell, and there cause two or three men of good credit, or, if need be, the whole neighborhood, to swear, that if they know of any heretics there, or any that frequent private meetings, or differ from the common conversation of mankind, either in life or manners, they will signify the same to the Bishop or Archdeacon: the Bishop also or Archdeacon shall summon before them the parties accused, who, except they at their discretion, according to the custom of the country, do clear themselves of the guilt laid to their charge; or if, after having so cleared themselves, they relapse again to their former unbelief, shall be punished at the Bishop s discretion. And if any of them, by a damnable superstition, shall refuse to swear, that alone shall suffice to make them heretics convict, and liable to the punishments before mentioned.

We ordain further, that all earls, barons, governors, and consuls of cities, and other places, in pursuance of the conmonition of the respective Archbishops and Bishops, shall promise upon oath, that in all these particulars, whenever they are thereto required, they wild powerfully and effectually assist the Church against heretics and their complices, and endeavor faithfully, according to their office and power, to execute the ecclesiastical and imperial statutes concerning the matters herein mentioned. But if any of them shall refuse to observe this, they shall be deprived of their honors and charges, and be rendered incapable of receiving others, and moreover be involved in the sentence of excommunication, and their goods be confiscated to the use of the Church. And if any city shall refuse to yield obedience to these decretal constitutions; or that, contrary to the episcopal commonition, they shall neglect to punish opposers; we ordain the same to be excluded from all commerce with other cities, and to be deprived of the episcopal dignity. We likewise decree, that all favorers of heretics, as men stigmatized with perpetual infamy, shall be incapable of being attorneys or witnesses, or of bearing any public office whatsoever. And as for those who are exempt from the law of diocesan jurisdiction, as being immediately under the jurisdiction of the apostolic see; nevertheless, as to these constitutions against heretics, we will, that they be subject to the judgment of the Archbishop and Bishops, and that in this case they yield obedience to them, as to the delegates of the apostolic see, the immunity of their privileges notwithstanding. 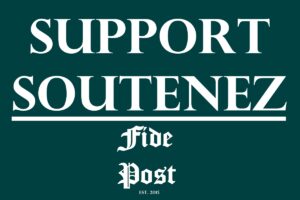